What is a Breakout Room?

Breakout rooms are the sub-rooms that allow you to split your participants into smaller groups in MeritHub live session.

Why breakout rooms are used?

Mostly breakout rooms are used to facilitate discussion and collaboration between a small group. It is a great feature that can be used by teachers or trainers to work on specific subjects with just a few people and focus on the most salient aspects of projects, tasks, or ideas.

How to create Breakout Rooms in MeritHub virtual classroom?

Once a session is scheduled and participants have joined the session, now teachers/hosts or moderators can create breakout rooms. Go to the settings tab and click on breakout rooms. 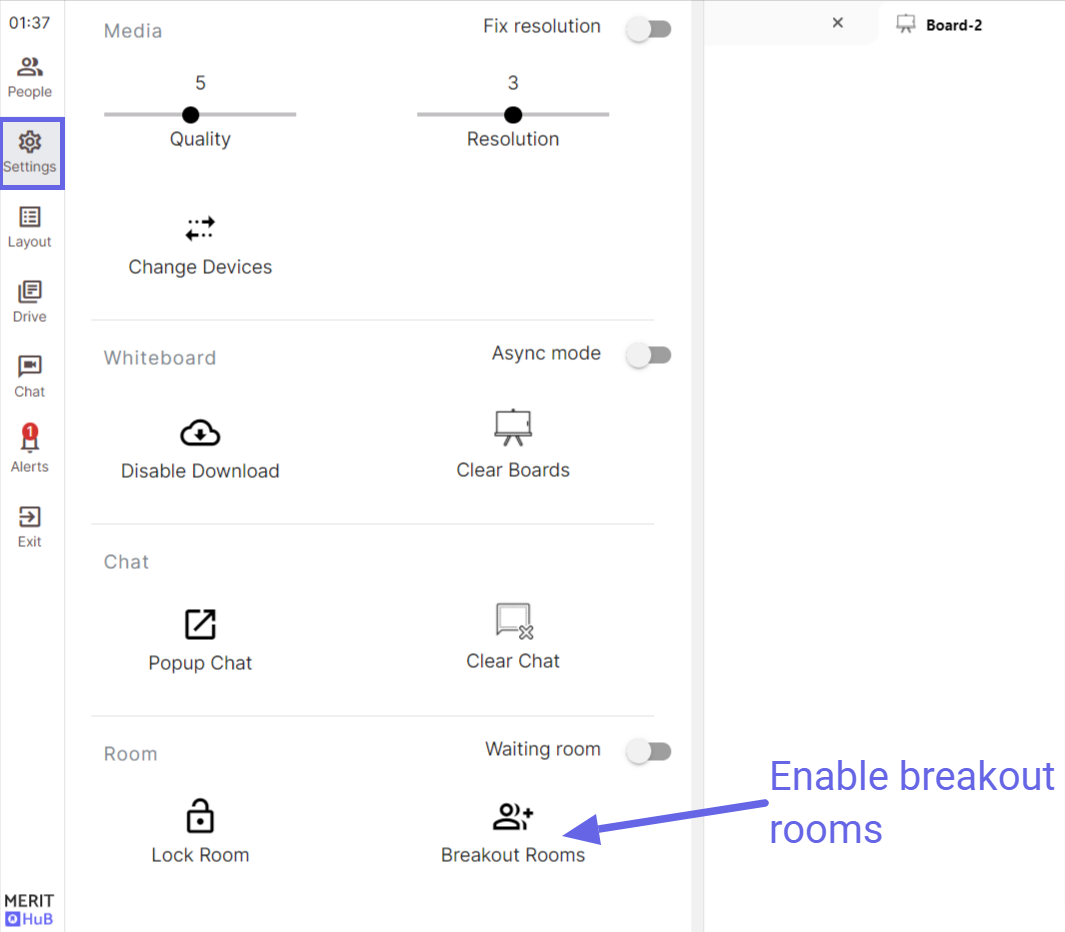 Now select the total number of breakout rooms you want to create, choose the time duration in minutes. Select the allotment type i.e; manual or automatic. In manual allotment, you can add participants in the rooms as per your choice whereas, in the automatic allotment, students get assigned to the rooms automatically. You can also select the default access which you want to give to the students i.e; audio, audio & video or audio, video & writing. 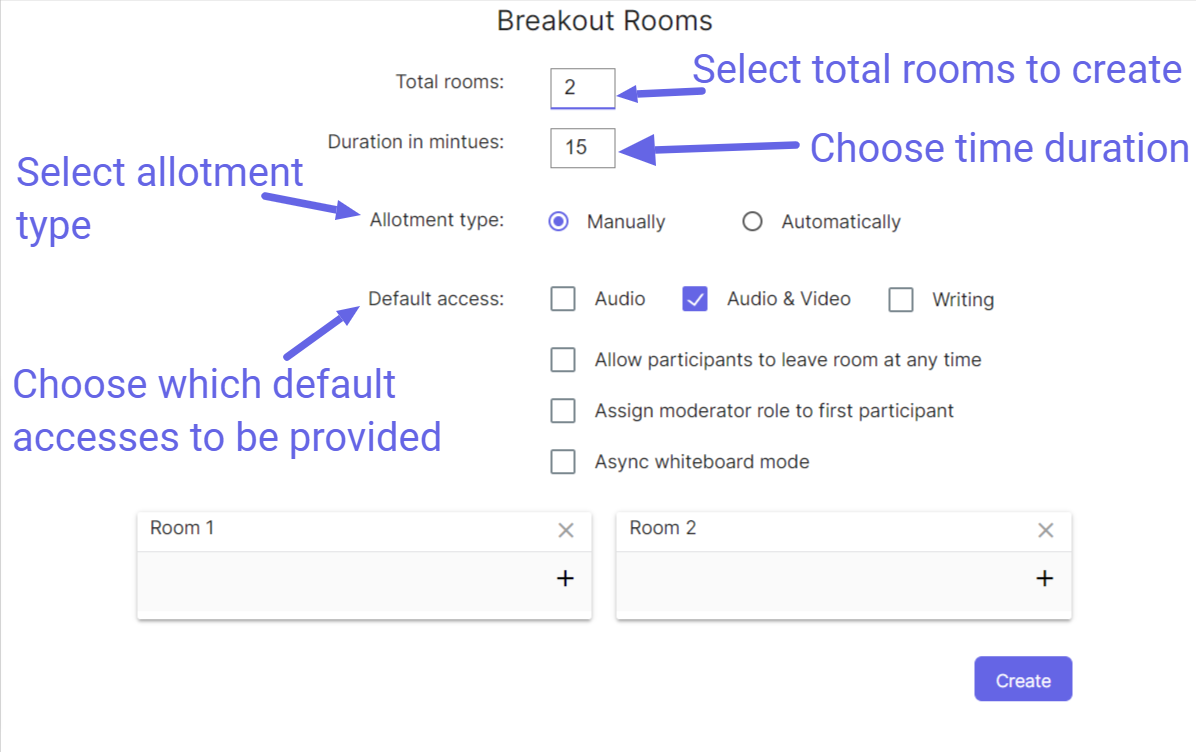 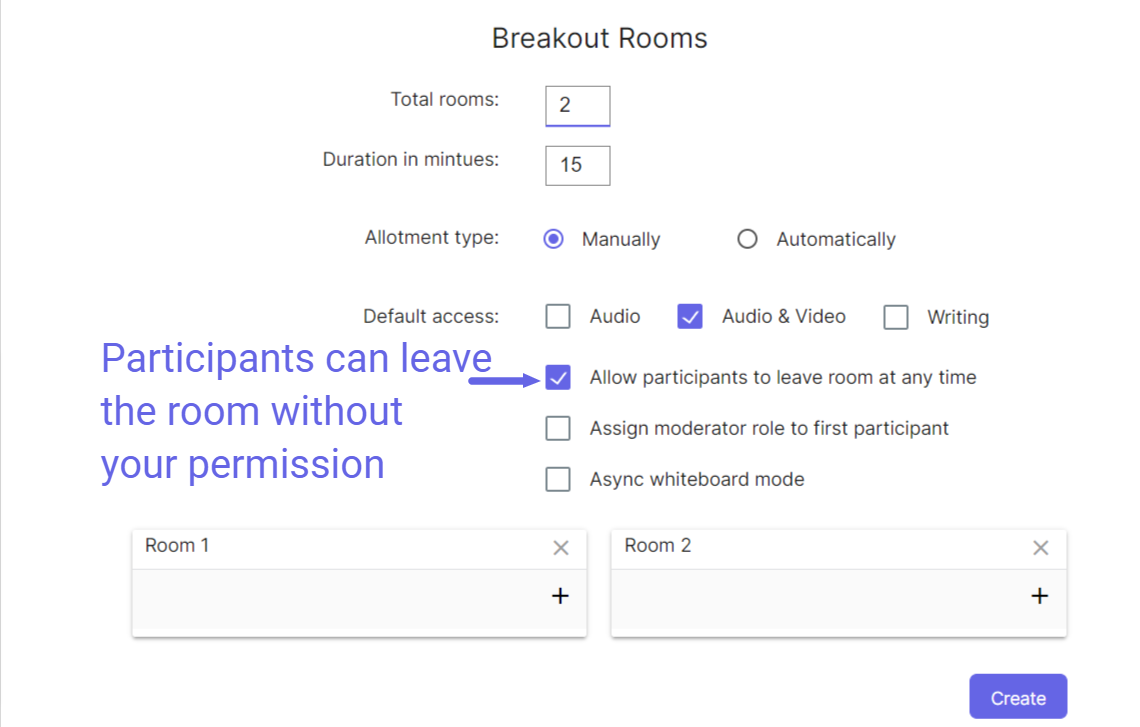 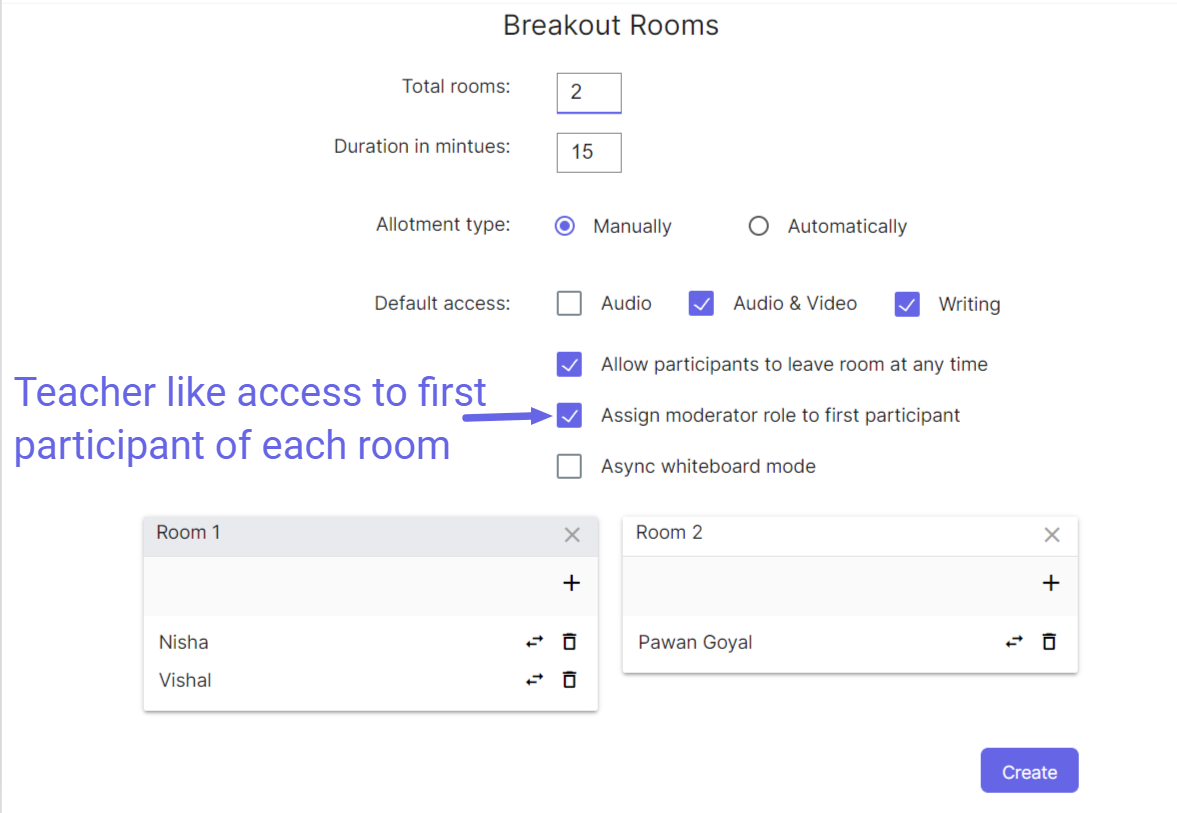 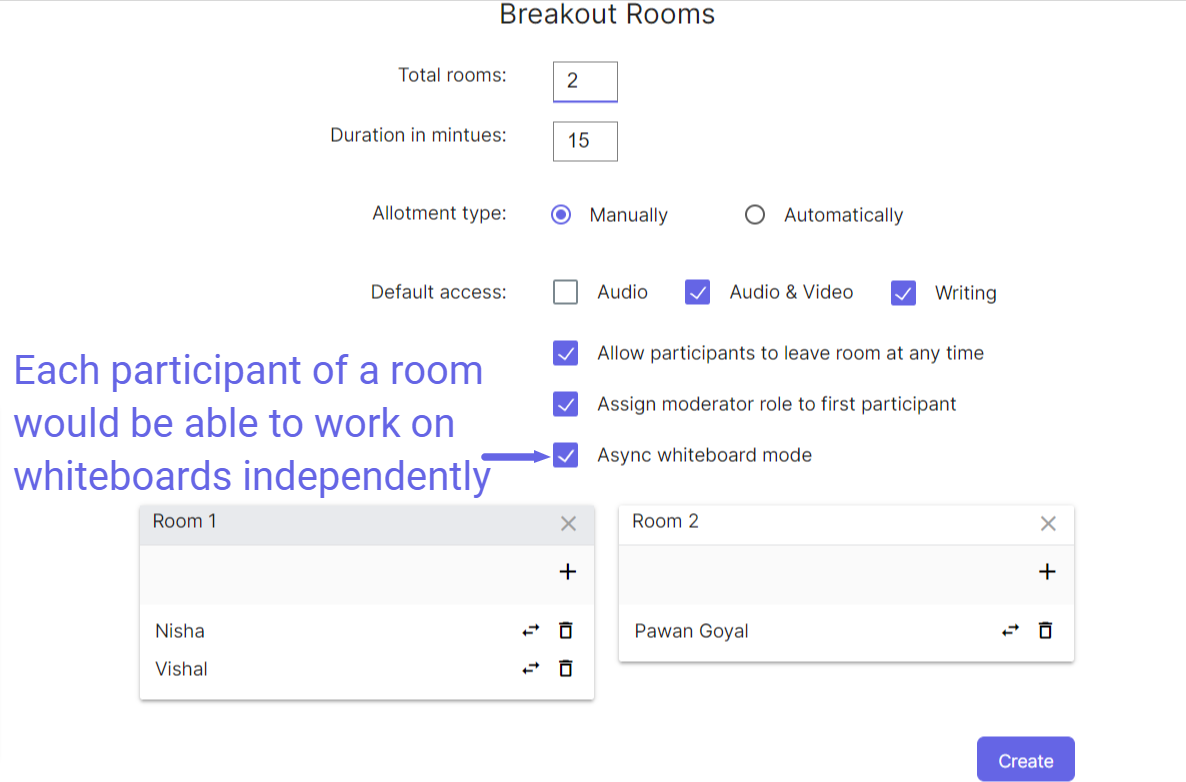 Once you select the allotment type: Automatic, all the students get distributed among the breakout rooms randomly. 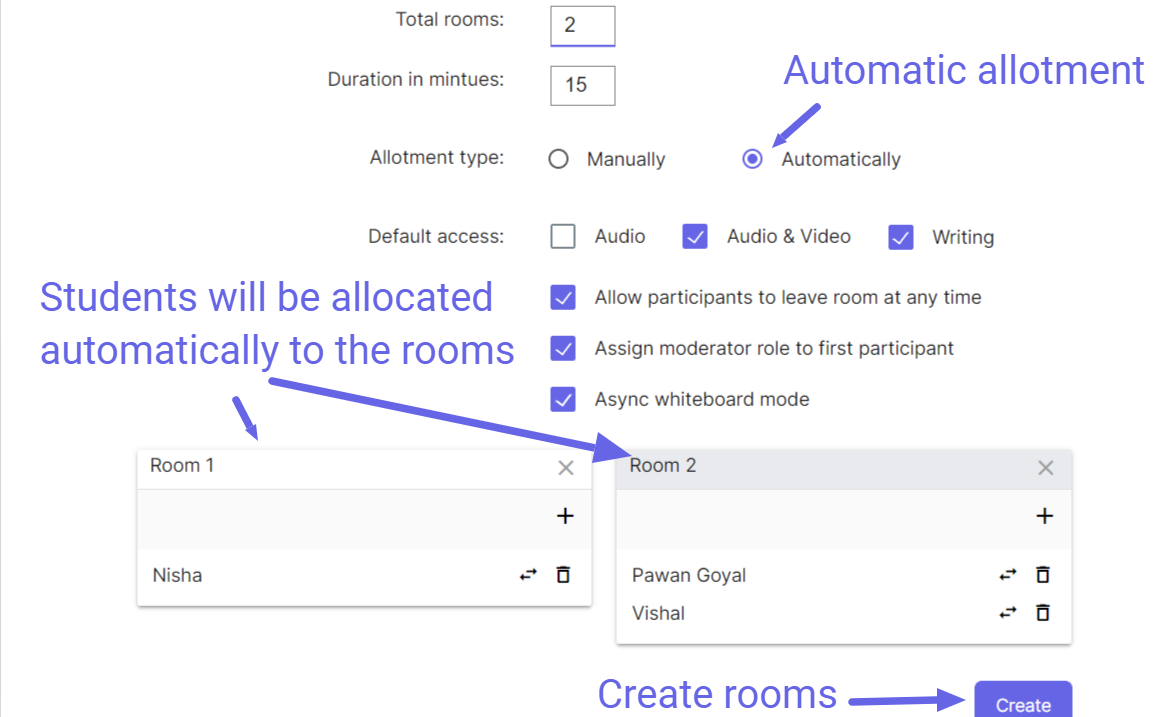 You can also switch students between the rooms and can also remove the student(s) from the rooms as shown in the below image. 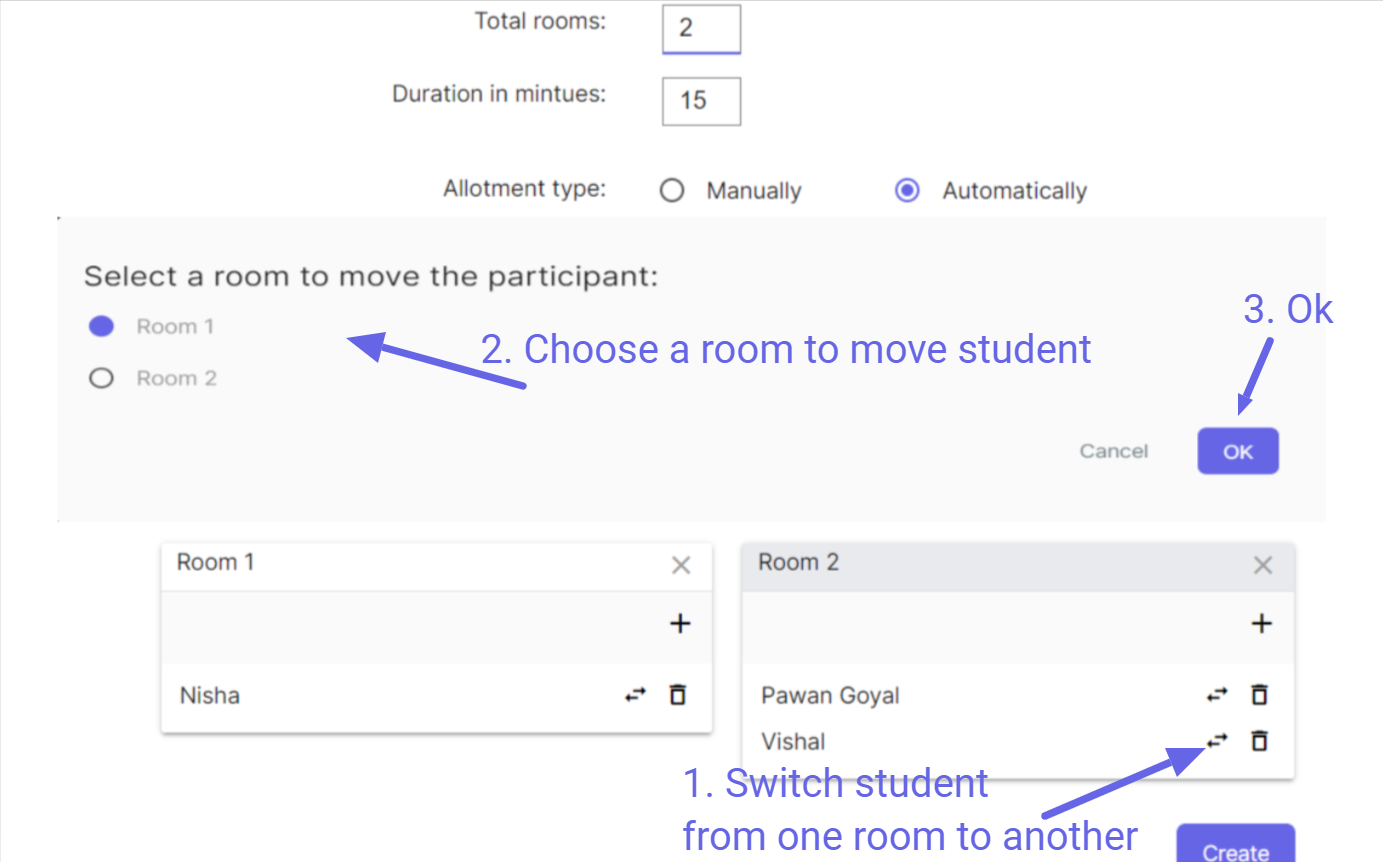 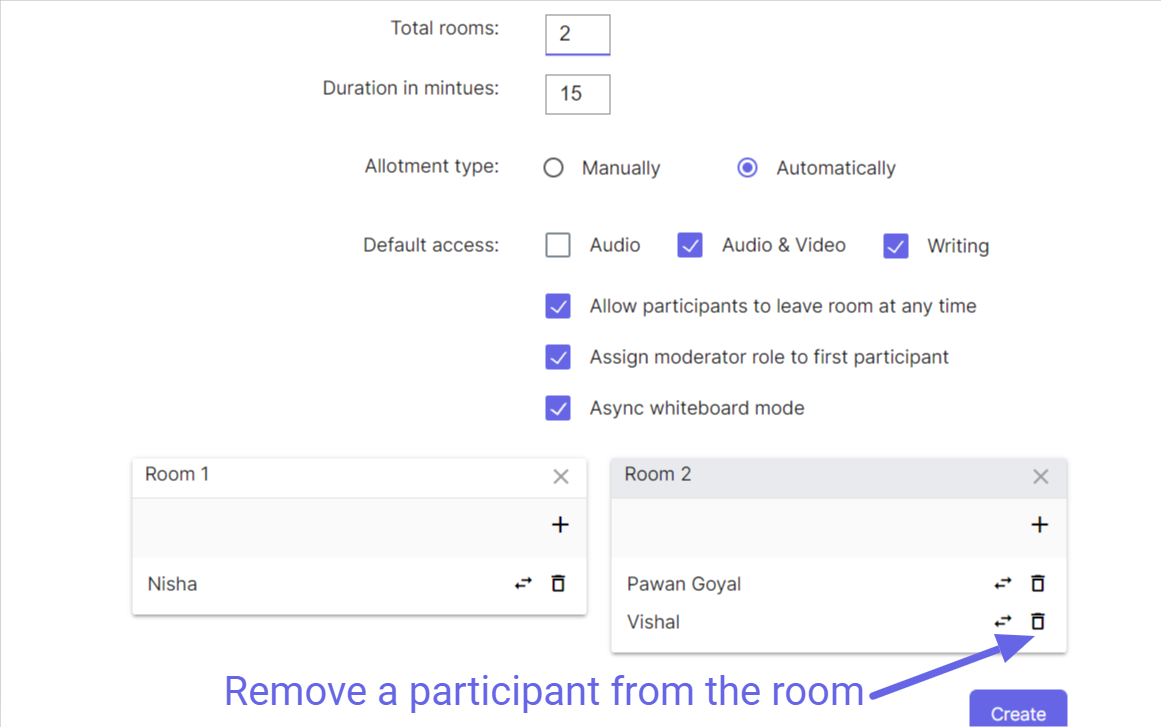 Now you are good to go to finally create the rooms by clicking on the create button at the bottom of the page. 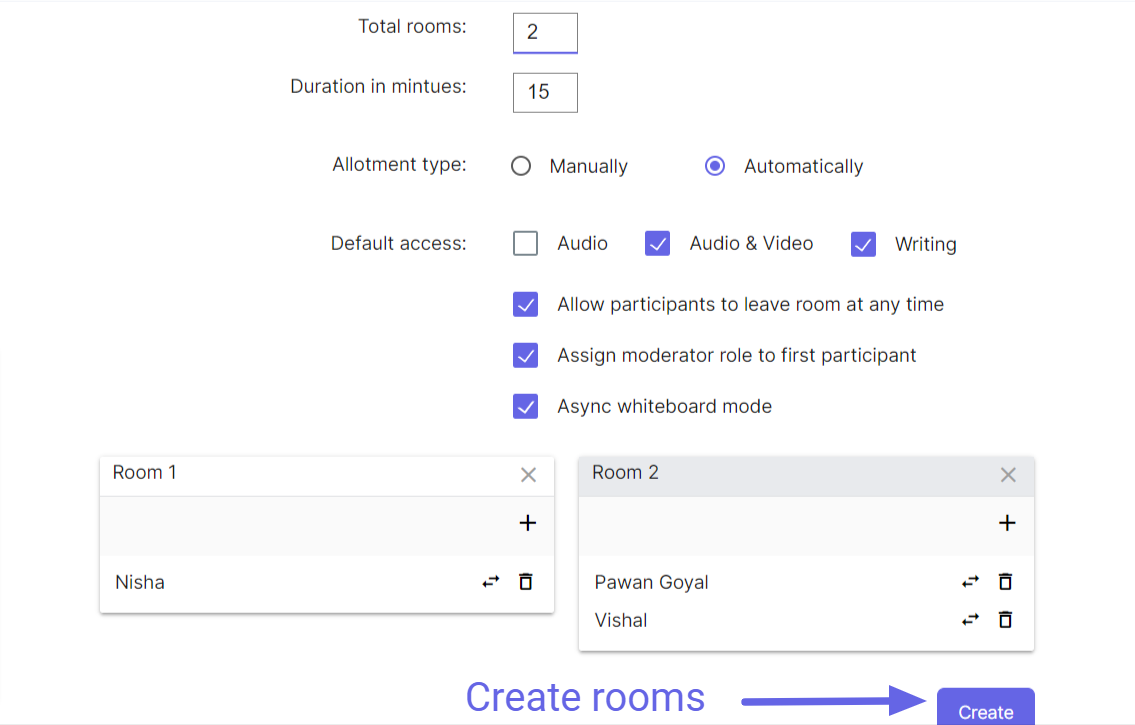 Now once rooms are created, if you want to send a file (pdf or ppt) to all the rooms, you can select send file option and then choose a file from your drive to send as shown in the below image.

If you want to send any message to all the rooms, click on the broadcast message icon, type your message and then click send as shown in the below image. 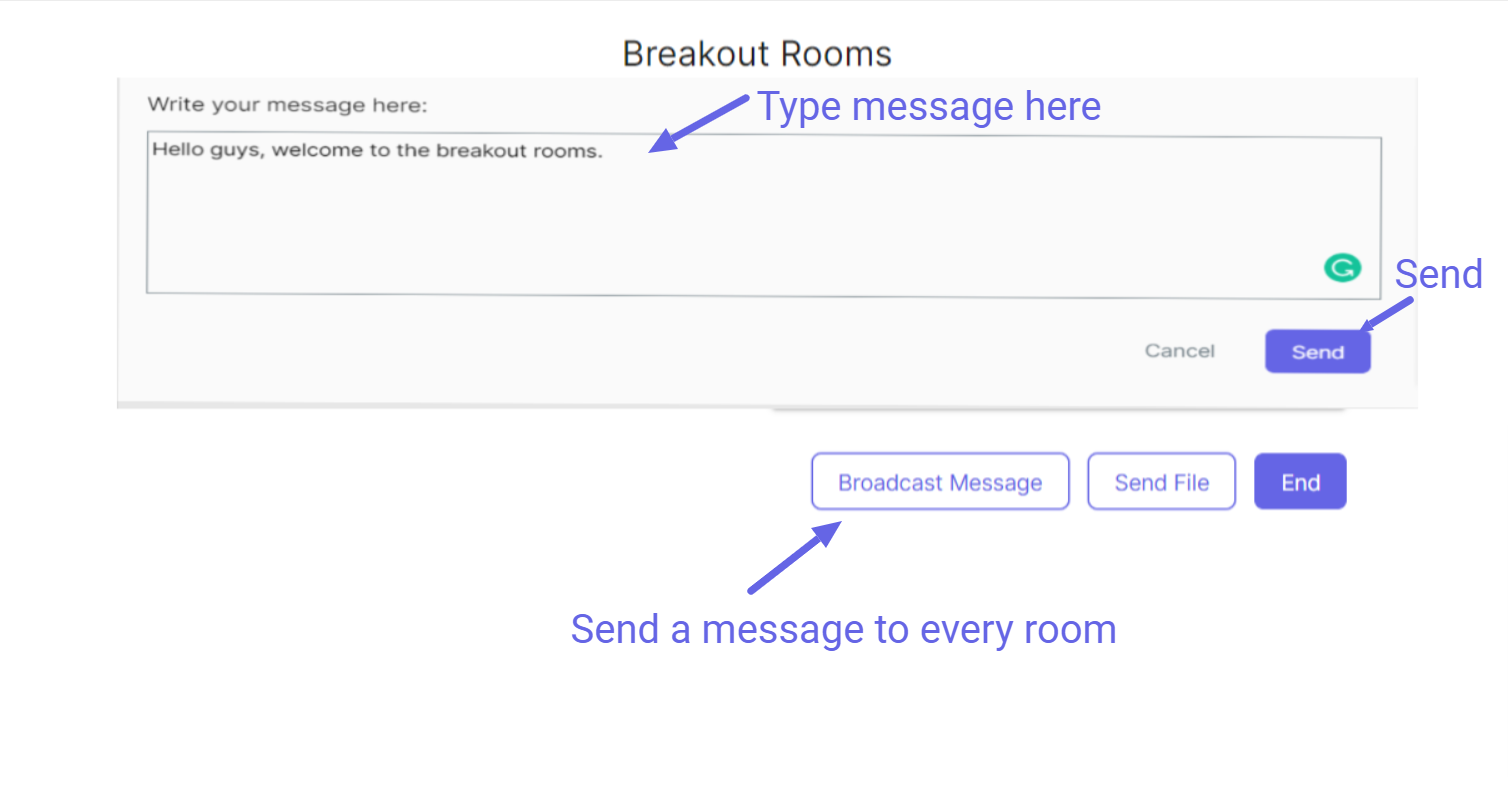 Entry and exit of a teacher from a breakout room 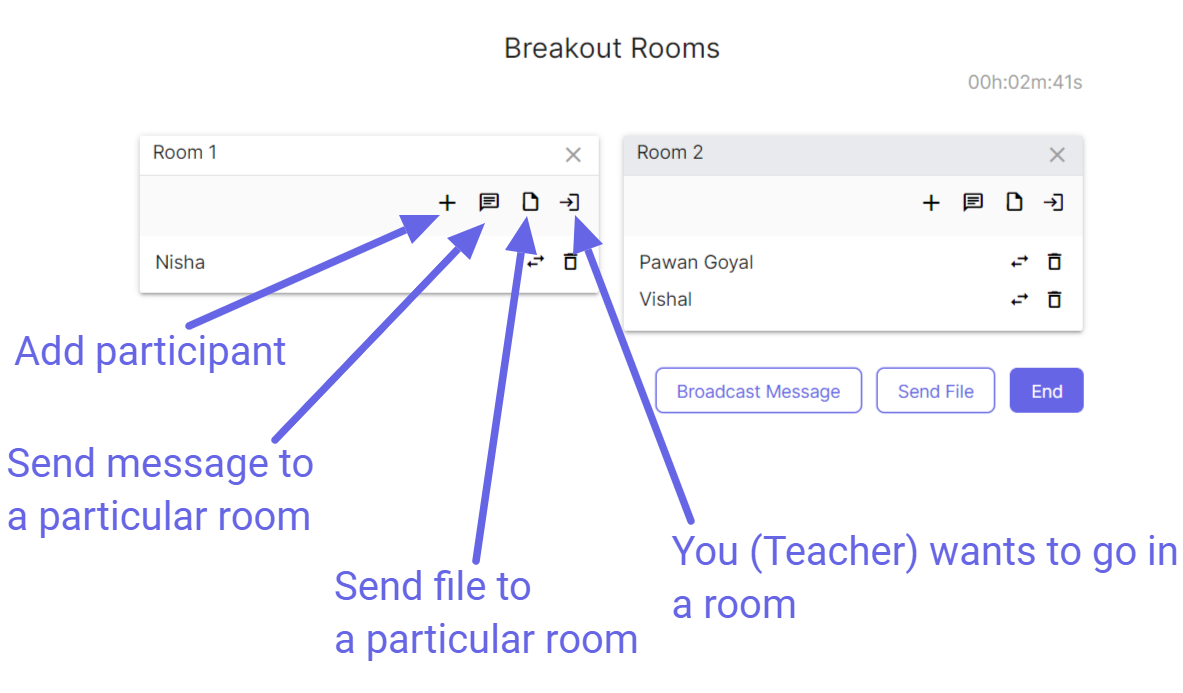 In order to exit the room just click on the exit option as shown in the below image.

Extend duration of a breakout room 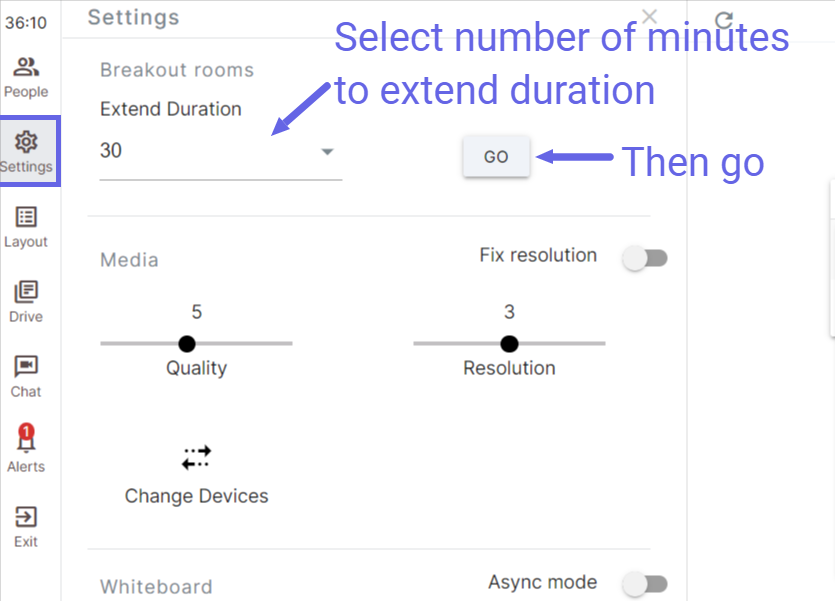 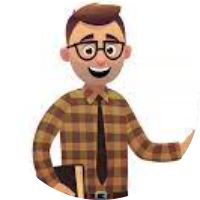